10 things every graduate should know before they start job hunting 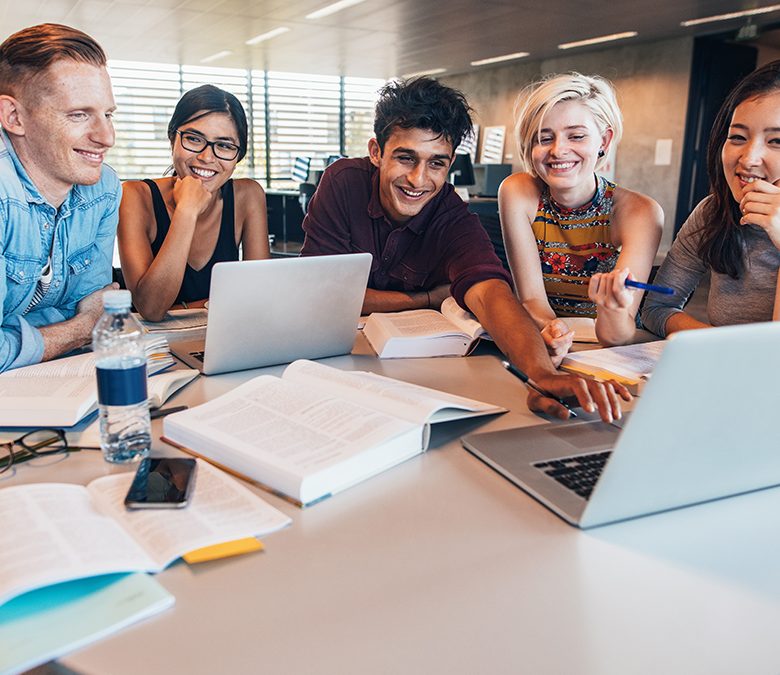 Despite lower salaries, more unpaid positions, and a recession, it’s not all doom and gloom for graduate jobseekers.

If the 370,000 students set to graduate from UK universities this summer know just one thing, it’s that the party is over. Figures from employment website Totaljobs show one in three graduates is claiming jobseeker’s allowance and a quarter of graduates haven’t had a single interview.

Huge numbers of roles posted on graduate “job boards” are, in fact, lengthy unpaid internships – and research from Incomes Data Services found that those lucky enough to find paid work will discover their starting salary is 2% lower than it was for the class of 2011.

Certainly, 2012 is a tough year to graduate – but there is still a great deal that jobseekers can do to boost their chances of finding employment. Frustratingly, it seems little of this advice is reaching them – of the hundreds of recent graduates I met while writing How to Get a Graduate Job in a Recession, few felt confident about tackling the task ahead.

Many say they found their university careers service uninspiring and unhelpful – that’s if they made it through the door. So what are the things the class of 2012 really needs to know?

The biggest issue for today’s graduates isn’t joblessness – it is unpaid internships. According to Interns Anonymous, a quarter of interns have done three or more placements, and one in four internships lasts more than six months. Increasingly, it’s a myth that unpaid internships lead to paid jobs; now they are replacing paid jobs.

There is no legal definition of an intern, but national minimum wage law states anybody who qualifies as a worker must be paid at least £6.08 an hour (if aged 21 and over) unless their employer is a charity. If an intern’s role has set hours and responsibilities and the person is contributing work that’s of value to their employer, it’s likely the company is breaking the law. Yes, even if the intern says they’re happy to work for nothing.

The problem is that the law simply isn’t being enforced – and making this happen is proving difficult. Happily, the UK has the most active interns’ rights movement in the world (this is a global problem).

Graduate Fog (which I founded) and Intern Aware has just launched Interns Fight for Justice, a campaign aimed to help interns take their high-profile former employers to a tribunal.

2 Ignore the headlines – there are still jobs out there

News that 83 graduates apply for every job is eye-catching, but is it really true? The big graduate schemes may be over-subscribed, but a major PR agency received just six applications for a junior account executive job paying £24,000. Are graduates only applying to the big names, via adverts they’ve seen in the most obvious places?

“Doom and gloom makes headlines but, believe it nor, not there is a huge shortage of bright, employable graduates,” says James Uffindell, founder of recruitment site Bright Network. “The war for talent is back on. Major blue chip recruiters and fast-growing startups are recruiting again. We’re helping consulting firms, media businesses, hedge funds and many other enterprises find the talent they need to grow their businesses.”

A second degree means a better job – or at least a better chance of getting a job. Right? Wrong. Think carefully before you sign up for an expensive postgraduate course that may be of little interest to employers – and beware of the increasingly slick marketing methods used by universities (remember, education is a business now).

Candidates with a postgraduate degree shouldn’t expect a higher salary either. “After degree level, earnings actually decrease the more educated someone is,” adds Uffindell.

Don’t view postgraduate study as a genius ploy to “wait out” the recession. Who says things will be better in 12 months? In 2013 you’ll be competing with a new batch of graduates – plus those who didn’t find work this year.

4 Give the industry you have chosen a health check

The digital revolution has turned many industries upside down. The music industry, book publishing and print journalism are obvious examples, but other industries are suffering, too. This means the “dream jobs” you’ve set your heart on may not even exist in a few years – and if they do, they could be poorly paid and insecure.

Graduates often hope that if they want their goal badly enough, they’ll get there. Sadly, this isn’t true. Look around. If people established in your chosen industry are bailing out, what does that tell you? Think laterally and take your skills to a growing sector. Your career spans 40 years. Don’t pick an industry that will be dead in five.

5 The perfect CV is a myth

Graduates obsess about crafting the perfect CV, but there’s no such thing. If yours is clear and concise, stop fiddling. And forget about trying to stand out. If your application is really good, it will get noticed.

Instead, use the extra time to check your online footprint. “Google yourself. What comes up – and how does it make you look?” says James Whatley, social media consultant at Social@Ogilvy. “Potential employers will do this – so make sure you’ve done it first.” Use Facebook’s new “view as” button (found under the “edit profile” settings) to see how your non-friends can see you – and adjust the privacy settings accordingly. “Next, set up your LinkedIn profile. It’s a brilliant place for hearing about jobs on the grapevine. Keep adding new training and skills you pick up, so it’s always bang up to date,” adds Whatley.

To many university leavers, the big graduate schemes seem like the holy grail – and missing out is a cause for despair. But are they really all that? Or are graduates just seduced by the structure that feels so familiar after years of full-time education?

Don’t dismiss small- to medium-sized companies (SMEs, with less than 250 employees) – that’s where the bulk of graduate vacancies lie. “Of the 60,000 graduate jobs in the UK, only 16,000 are with blue chip companies,” says Hawes. “The remaining 44,000 are with SMEs, the public sector or charities.” Thousands of SMEs are desperate to hire bright young graduates – but they may not advertise in the obvious places as it’s expensive, so do some extra sleuthing to track them down.

Don’t use your covering letter to tell a sob story about why you need a job to give you experience – however desperate you feel. And don’t emphasise your potential – it sounds like you have nothing to offer (which isn’t true). Instead, underline what you do have. Employers will hire you if they think you can help them – not because you need experience. And never offer to work for free. It looks as if you don’t value your own contribution.

8 If it’s really not working, it’s time to stop doing it

The biggest mistake graduates make is repeating one job-hunting strategy again and again before wailing, “I’ve applied for 5,000 jobs and heard nothing back!” and the Daily Mail runs a story about it with a picture of them looking sad. It should never have come to that. After the first 50 applications, they should have stopped, reassessed and made a new plan.

Different industries require different approaches. Networking won’t get you a public sector job – the procedure there is formal and structured. Few media people have ever filled out an application form – it’s all about contacts and grabbing opportunities. Have the courage to ditch what isn’t working – and try something new which might. What have you got to lose?

9 All the experience you have gained is a good experience

Spent last summer litter-picking at Glastonbury and serving strawberries at Wimbledon? However lame you think your experience sounds, anything is better than nothing. “The key is to make it sound relevant for the job you’re applying for,” says Hawes. “Think back and see the job through the eyes of an employer. What challenges did you face and how did you overcome them? What skills did you develop? What training did you have? This is all great stuff for applications and interviews.”

10 Nobody wants to hire a robot

Yes, be professional when you’re applying for jobs, but be yourself. Stiff, robotic graduates using business buzzwords incorrectly is a big no-no for recruiters. The world of work can seem intimidating but “Generation Y” jobseekers – anyone born between 1980 and 1995 – have more natural abilities than they realise.

Having grown up with the internet – including Wikis and blogs – they instinctively work collaboratively. “Sharing information, new discoveries and contacts is natural to Gen Y – and that’s a big asset,” says Justine James, director at organisational development consultancy talentsmoothie.

“Older workers hoard their knowledge and connections. Gen Y see no divide between social and professional networks, either – and a willingness to use a broad range of contacts is attractive to growing companies.”

Tanya de Grunwald is the founder of careers blog GraduateFog